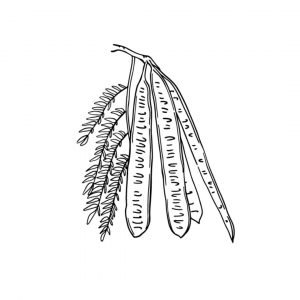 Over 1 billion people around the planet have access to this abundance species, which is high in protein and beta-carotene, and who produces its edible seeds and leaves year-round.

Snubbed by the colonizing Conquistadores, haole koa has an over 7000-year history of being eaten by the indigenous peoples of Central America (specifically the Mayans).

Listed in the Top 100 Most Invasive Species (IUCN) on the planet, you will now be a solutionary eating your way towards better health for yourself and for the planet.

The ability to hold more than one story. It’s Hawai’i Invasive Species Awareness Month… we move away from polarity to hold both sides in the center, not clinging to the way things were or the way we wish them to be, but how they are now in the present.

I’ve had an intimate relationship with haole koa (Leucaena leucocephala) for years, but the last two have been especially poignant as I work daily to restore biodiverse food production mixed with native and endemic species on 3 giant terraces with a previously monotypic stand of haole koa.

I made this mandala just after the trees were chainsawed back, an honoring of my commitment to work with the land and not against it. I have pulled thousands of haole koa sprouts, eaten its green seeds, eaten its brown seeds, eaten its greens, used it for green mulch, cursed it, celebrated it, made multiple style of lei with it, jewelry, stick walls, and otherwise walked the path of life alongside it.

If there is any chance of restoring our lowland biodiversity, we must build our relationship with this plant. How to utilize it, to eat it, how to check and double-check no seeds are unknowingly spread and carried to new locations. There’s no easy fix, other than to put in the work in service to the ʻaina. 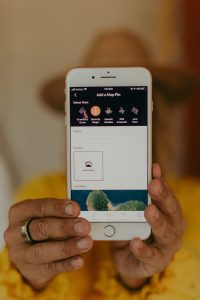 Have you dropped a pin in the Savage Kitchen app yet?

I built the Savage Kitchen app as a way to empower people to take action on an issue the Hawaiian legislature calls the “single largest threat to the health, economy, and lifeways” of the people.

I haven’t made a dime off the creation of this app, it’s called… a labor of love. Seeking fiscal sponsors, or 501(c)3 partners to build the next round of educational work for our now over 3,000 users in 44 countries!